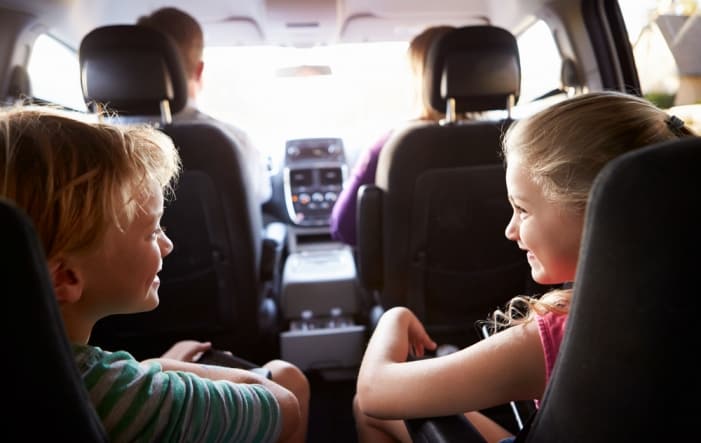 Fees can also be assessed on top of the fine, with amounts that can be between $100 and $500 depending on the offenses themselves.

In Hawaii, all children under the age of 4 must be in a federally approved car seat, preferably with a 5-point harness system. They recommend keeping infants under the age of 2 in a rear-facing car seat since this is the recommendation made by the American Academy of Pediatrics. Babies’ head and neck areas are better supported with rear-facing car seats, and you should leave them there until they reach the weight recommendation made by the car seat’s manufacturer.

It is also recommended that you keep infants and toddlers in the rear seats of the vehicle, and if the front seat is the only seat available, you must disconnect the airbag because airbags can seriously injure or even kill babies and young children. Common sense, along with the recommendations made by the car seat’s manufacturer, will keep your children much safer.

Once a child reaches the maximum weight recommendation, which is usually around 20 pounds, he or she can be placed in a front-facing car seat. The 5-point harness system must be used and the child should be nice and snug while riding in the vehicle. Children can remain in a front-facing car seat until the age or weight requirements made by the car seat’s manufacturer, which is usually around 4 years of age and roughly 40 pounds.

Usually, children ages 4 to 7 need to be in a booster seat, especially if they weigh less than 80 pounds. It also has to be the correct type of booster seat, which usually means a booster seat that is secured with a standard seat belt and one that complies with one of the following types:

It is crucial that the booster seat be secured properly by a seat belt that consists of both a lap and shoulder belt – never just a lap belt. In addition, the lap belt must fit across the lap and not the waist, and the shoulder belt needs to fit across the chest, never the neck area and never under the arm.

Also, the child should be able to sit with feet on the floor and back against the back of the vehicle seat, in addition to being able to sit still for the entire length of the ride. If this is not the case, it is likely best to start using the front-facing car seat again until the child is tall enough and mature enough to handle these requirements.

There are few actual hard numbers when it comes to height and weight recommendations in the state of Hawaii, but here is the gist of their seat belt and car seat laws:

Once again, keeping babies and children in a certain car seat for as long as possible will ensure their safety, so it is imperative that you read the user’s manual thoroughly so that you know what these numbers are. Parents are encouraged to keep their kids in the appropriate car seat as long as they can to be on the safe side.

In Hawaii, all drivers and passengers in a vehicle are required to be in a car seat, booster seat, or standard seat belt. The fines for not following these laws can be quite strict. In fact, if you violate the child restraint laws while transporting children under the age of 7 in your vehicle, you will be required to attend a special class and you might even be fined from $100 to $500. The class is four hours long, but of course, the most important reason to secure children in some type of restraint system is so they can be ultra-safe while riding in your vehicle.

There are also a few exceptions to the Hawaii car seat laws, because they do not apply to vehicles such as school buses, taxis and limos, some large passenger vans, and very old vehicles that were made before seat belts became standard and which, therefore, don’t have them. However, it is safe to assume that if you own a vehicle, the state expects you to wear seat belts and make sure everyone in the vehicle is properly restrained as well.