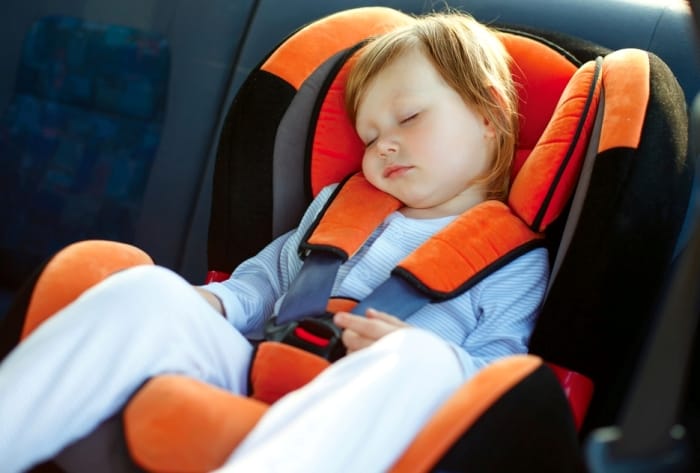 Oregon car seat laws regarding children and car seats are rather straightforward. The state requires that anyone who is driving or riding in a vehicle use either a seatbelt or car seat, and children must use an age-appropriate car seat that is fully fastened every time. In fact, all children 4’9” or shorter or who are eight years old and younger must be in some type of car seat. If you’re taller than 4’9”, weigh more than 40 lbs., and are over eight years of age, you do not need a car seat, but you must still use seatbelts as long as you’re driving or riding in a vehicle.

Starting in 2017, the state of Oregon requires all babies under the age of two to be in a rear-facing car seat. This is regardless of their weight. At one time, the state had an age limit that allowed babies under two years of age, but who had reached a certain weight to ride in a front-facing car seat, but no more. As of now, if your child is under two years old, you must put that child in an infant car seat facing the rear.

OR Laws for Front-Facing Car Seats

Starting at two years of age and until they reach 40 lbs., you must place children in a DOT-approved car seat that faces the front. In fact, any child, regardless of age, must be in an appropriate car seat until reaching 40 lbs. According to the state of Oregon, front-facing car seats are only appropriate for babies two years old and older and who haven’t yet reached 40 lbs.

The reason this law is different for these infants is because babies two years of age or older have better control over their head and neck movement. This means it isn’t necessary for them to be in a rear-facing car seat, which protects babies better who aren’t yet able to lift up their head and control it themselves.

Children weighing 40 lbs. or less must be in an approved car seat. Children who are over 40 lbs. and under 4’9” or under age eight must be in an appropriate booster seat, either one that has a high back or one that they sit in and are strapped in by a regular seatbelt. Once they reach 40 lbs. and eight years of age, and once they are 4’9” or taller, they can be placed in a regular seatbelt just like adults are.

Keep in mind that they must meet all three requirements – height, weight, and age – to be taken out of a car seat or booster seat and allowed to use a regular adult-sized seatbelt. Furthermore, booster seats must be used correctly every time, which means heeding the directions and making sure the child is buckled in securely. Of all the children killed in car crashes, most of them were either not restrained at all or restrained the wrong way, so it is important to pay attention to the correct way to restrain your children.

Children under 40 lbs. must be in an age-appropriate car seat that has met minimum standards by the Department of Transportation. Children over 40 lbs. must still use a car seat or booster seat until they reach the age of eight or are 4’9” tall or taller.

In other words, for children to be taken out of a car or booster seat and allowed to use a regular seatbelt, they must be all of the following:

All drivers of vehicles and their passengers must be in either a car seat or a seatbelt as long as the vehicle is moving. Although Oregon car seat laws don’t specifically state that children must be in the back seat of the vehicle, it is highly recommended by many organizations, including the American Academy of Pediatrics. Children riding in the front seat, including older children, can be severely injured or even killed in the case of an accident, especially if the front seat has an airbag.

In addition, there are a few incidents where an exception to these laws is made, including:

For the last exception, a certificate must be in possession from the Department of Transportation stating the child’s condition and verifying that it would be more dangerous for the child to be in a car or booster seat than in a regular seat. Only a doctor, physician’s assistant, or nurse practitioner can sign the statements that are presented to the DOT for approval and to receive the certificate.

Other than these circumstances, which are rare, everyone in the vehicle needs to be in either a car seat or secured by seatbelts at all times. Otherwise, it is a Class D traffic violation, for which the fine is usually around $115. These fines are always between $65 and $250.