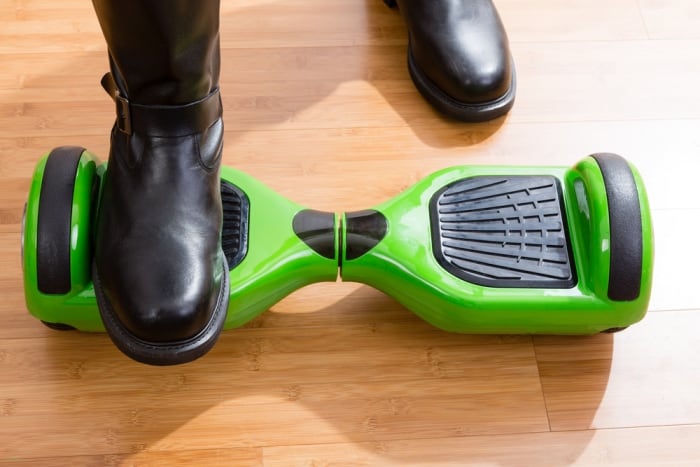 The hoverboard is one of the most popular inventions of the modern century. Before we start talking about what hoverboards actually are and how they work, you need to know that hoverboards do not actually “hover” above the ground. Just the base platform hovers above the ground, but even that is supported by the fixture on the wheels. Hoverboards are available in many different shapes and sizes, and they were actually very popular a couple of years ago. Even today, hoverboards are readily available from numerous stores, and they can be purchased online, as well.

The hoverboard is actually one of the more innovative inventions of the recent age, and it is a pretty functional device. The hoverboard was basically designed to improve transportation and regular travels. Simply put, a hoverboard is a self-balancing, self-controlled two-wheeler that runs on batteries. These batteries do not need to be replaced; they are rechargeable, thus ensuring smooth performance. Many people refer to them as self-balancing scooters, and they basically involve the use of various different sensors.

The accelerometer is a sensor that measures the position of a device in three linear dimensions with the help of variable capacitance. There are several capacitors installed for each dimension, and one of the plates is kept constant while the other is allowed to vary its position. The sensitivity of these plates is incredibly high, thus recording even the slightest of movements. When a plate moves, the distance between each plate is recorded, and the change in capacitance is used to provide a quantifiable value of the voltage for monitoring and usage.

The gyroscope is actually the most important component used within the hoverboard, which is why they are often called gyro scooters. A gyroscope basically measures the angular change within the machine with the help of metal rims that are installed within a concentric fashion. There’s a rotor installed at the end of the electronic gyroscope. Basically, the gyroscope installed within the hoverboard makes use of the Coriolis Effect to balance itself. However, understanding the Coriolis Effect in detail is not really important to understand the functionality of the scooter in general. What you need to know is that the gyroscope is essential for maintaining the stability of the scooter, and it maintains a reference direction.

The magnetometer makes use of the Hall Effect principle in order to measure the magnetic field with respect to the magnetic field of the Earth. This is also an important component used for maintaining the reference direction of the unit while you are riding it.

The main components within the hoverboard are as follows:

How Do Hoverboards With Wheels Work?

You may have seen people traveling on hoverboards in your area. The construction of a hoverboard is done in such a way that each wheel comes with its own speed sensor, tilt, and a gyroscope. The sensors are installed right below the pads where the rider places his or her feet on the hoverboard.

When you place your feet on the board, the gyroscope sends the data to the logic board as soon as the rider tilts forward or backwards. If the rider stands straight on the board and does not tilt in any direction, the IR sensor, installed right below the foot placement, sends data to the logic board, thus preventing it from firing up. This is how the sensors regulate the movement of the person as he or she places his or her feet on the foot pads and balances these scooters.

Now, you may have noticed that the hoverboard runs faster the more you tilt in a particular direction. That has to do with the angular force generated by your feet. More tilt generates more speed, as the logic board detects the pressure and then increases the speed.

As mentioned above, there are two separate sets of sensors that are installed on each wheel. That’s why hoverboards are operated on a central pivot. If you press harder on the foot pad through the right wheel, it will turn towards the right. The same goes for when you turn the wheels towards the left.

The battery packs installed within the hoverboard are generally around 4,400 mAh. This gives you a run time of around a half hour or so on standard usage. However, you may have heard recently about fires erupting in hoverboards, which is why they were banned on flights, as well.

The battery is one of the most sensitive components of the hoverboard, so you have to be careful that you maintain it properly. Normally, LiPo batteries should be kept at half-charge if you are going to store it for longer periods of time. Similarly, when charging the battery, make sure that you only use the original charger that comes with the hoverboard. Balance charging is essential to keep the hoverboard running smoothly.

By default, most hoverboards have very thin wheels. This makes it difficult for the rider to travel over uneven or rocky surfaces. Maintaining the hoverboard is going to require a bit of effort. First of all, you should make sure that the battery is charged properly. If you have just charged the battery full, you have to use it in a day or two.

When you go shopping for a new hoverboard, you have to take a few factors into account. Standard hoverboards start from just around the $100-$200 mark, but they can go as high as a thousand dollars. Less expensive hoverboards are built using lower quality parts, and they don’t generally last as long. The more expensive models are rugged and are made from durable materials, so they last relatively longer when compared with standard models.

If you have to store your hoverboard for a longer period of time, you should charge the battery half and then store it. The battery cells tend to discharge regularly over the passage of time, so a half charge will prolong your battery life as well. Moreover, you should also clean the wheels of the hoverboard regularly to make sure that they do not get stuck.

If you are interested in buying a new hoverboard, there are a few important factors that you need to consider. First of all, you need to decide whether you will ride the hoverboard on a regular basis, or if you are just looking for a hoverboard for casual use.

For people who want to use the hoverboard on a regular basis, it’s important that you keep a higher budget and get something that’s durable and rugged. You have to make sure that you buy something after doing your research. Considering the fact that there are so many different brands on the market currently selling hoverboards, you should read reviews on private websites and then make your decision.

Most new hoverboards come with a warranty of a year at least, so if there’s something wrong with the hoverboard, you can get it fixed without an additional charge. Take your time, and consider your options before making your decision.

Scroll back to top 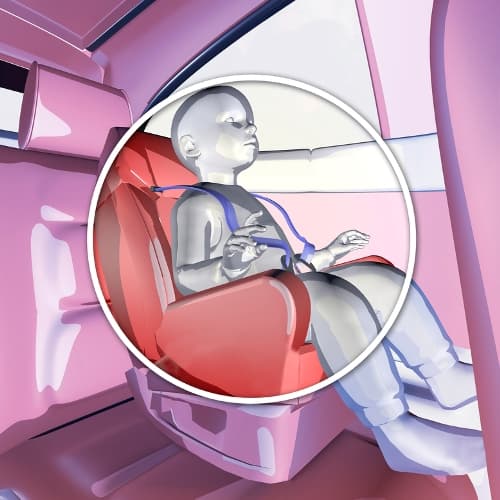 ​Did you know more than 50% of car seats are misused?

Subscribe and get expert tips on how to install a car seat safely and correctly!